There are 10,000 new diagnoses of cerebral palsy each year

What is Cerebral Palsy? Cerebral Palsy (also known as Little’s disease or static encephalopathy) is a group of disorders marked by various levels of brain damage. Cerebral Palsy is a chronic condition affecting the nerves which control the muscles. People with Cerebral Palsy face difficult medical, social and educational challenges.

When does Cerebral Palsy Occur?

Cerebral Palsy can occur at three times: during pregnancy, during the birthing process, or after the birth occurs.

Typically, Cerebral Palsy is a congenital malformation in the brain. Doctors aren’t always able to detect it during pregnancy. Proper prenatal care helps prevent congenital problems. However, Cerebral Palsy often occurs even though a mother follows her physician’s advice.

During childbirth: Most child births involve a complication. When the doctor makes the incorrect choice to remedy a complication, the outcome may be the development of Cerebral Palsy. In these cases, a medical malpractice lawyer should be contacted, as the child and/or parent may have a right to damages.

The single largest risk during birth is the moment the child is to start breathing. If this doesn’t occur properly, the lack of oxygen to the brain can cause injuries that can lead to Cerebral Palsy. Example: An infant is born prematurely. She does not cry within the first five minutes of her life. She is now at high risk for Cerebral Palsy. The disorder also happens if the newborn became stuck in the birth canal or if the placenta is sheared too soon. Other causes of Cerebral Palsy include analgesic drugs, improper forceps use, bad birth position, breeched delivery, respiratory distress, and low birth weight.

After childbirth: If the child’s breathing does not function normally, Cerebral Palsy can develop. Other post-partum causes of Cerebral Palsy include:

Why You Need an Experienced Cerebral Palsy Lawyer

Cerebral Palsy is catastrophic. It changes the lives of both victims and their families. The majority of victim-families don’t have the money to cover medical expenses and care for the child over the child’s lifetime. If your child’s condition was caused by negligence, we can help you get the compensation you deserve.

Cerebral Palsy cases are very complex. You need an experienced cerebral palsy lawyer who understands this type of case. Our lawyers will handle your case with the utmost tact and compassion for you and your child.

Contact us for a free consultation with an Arizona Cerebral Palsy Lawyer. 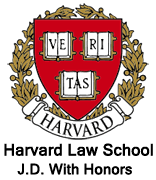 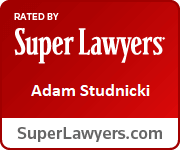 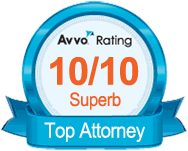 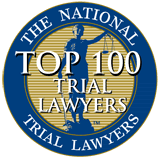